“Sustainable development is not a fixed state of harmony, but rather a process of change in which the exploitation of resources, the direction of investments, the orientation of technological development, and institutional change are made consistent with future as well as present needs.” — Brundtland Commission, 1987. Our Common Future: Report of the World Commission on Environment and Development.

“The only reason for thinking that sustainability is a problem is that you think that some people are likely to be short-changed, namely in the future.  Then I think you are really obligated to ask, “Well, is anybody being short-changed right now?” — Robert Solow, Nobel Laureate; Sustainability: An Economist’s Perspective. 1991.

The purpose of the endowment fund is to support high quality teaching and scholarly work on the economics of sustainable development. Supported efforts are expected to contribute effectively to the strategic goals of the School of Economic Sciences. Within  this goal, the ESD program supports scholarship on sustainability broadly, encompassing any dimension of inquiry relating to the sustainability of human well-being and equity in a global context. 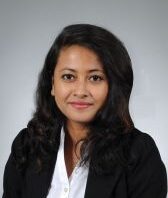 Sustainable use and allocation of water is a prime concern in many developing countries round the world. The Punjab region in India is experiencing a permanent water crisis caused from the extent of irrigation and inefficient management of water resources. With the intent of applications pertaining to sustainability, a general equilibrium (GE) model has been developed for agent-based modeling (ABM) for water use, allocation and transaction in watersheds. The model considers a set of farms/agents along a river basin. A set of appropriative, transferable water rights is distributed across the farms. They are to buy or sell water on an annual basis and use the water after transaction to grow crops. Assuming the price signals conveyed, acts as a mirror to the scarcity of water during transactions in the informal water market in Punjab, we intend to apply the GE model to simulate efficient and sustainable irrigation decisions. 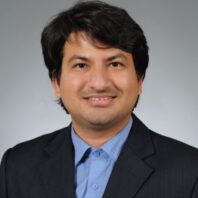 Some controlled experiments have established that ozone has a negative impact on crop yield (e.g., Mills et al. 2007). Some regression-based multivariate studies using historical field-level data have also documented a yield-reducing effect of ozone (e.g., McGrath et al. 2015). However, the controlled lab studies are limited by external validity, and the field level regression studies suffer from endogeneity bias, measurement error, and omitted variable bias. The contribution of this study is to identify the causal impact of ozone on crop yields using wind direction as an instrument for the ozone and weather data from 1999 to 2013 for the U.S. and India. Data for the U.S. has already been collected and I am in the process of collecting Indian data. The IV method follows Deryugina et al. (2019), who use a similar wind direction instrument to identify the effects of pollution on mortality. Preliminary results from the U.S. show that a 1% increase in ground-level ozone decreases the yield of corn and soybean by 0.62% and 0.53%, respectively. These results suggest that emissions reductions in the U.S. have been effective in improving crop yields and highlight the incremental benefits of further reductions. By focusing on how pollution affects crop yields at different levels of pollution in the U.S. as well as in India, the paper also has implications for the benefits of pollution abatement in developing countries with much higher pollution levels than the U.S. 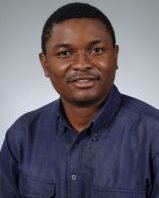 Up to date, environmental justice remains an important part of the struggle towards achieving sustainable development. Although the guiding principles of sustainable development affect everyone, it lays special emphasis on the poor, racial and ethnic minorities. Over the past decades, several social scientists have documented how social and economic characteristics are linked to environmental inequities and injustice. They established that a larger population of people of color and low-income earners are likely to reside in disproportionate communities with high environmental risks. Some studies have also shown that minorities are exposed to environmental hazards in wealthy areas in the US. However, recognizing that socioeconomic dimensions of migration and environmental improvement are important components of sustainable development, none of these existing studies have uncovered the determinants of migration in areas with high environmental risks among ethnic and economic groups. Hence, this study fills the gap. To identify these determinants, this study aims to examine the determinants of socioeconomic dimensions of inflow and outflow migration, considering twelve most polluted counties in the US. This study will use panel data for the twelve counties over eight years. In assessing these panel data, I will develop conventional hedonic and discrete choice models. As effective policies affect environmental quality and create sustainable development, the findings from this study will dramatically enhance the understanding of policymakers on the possible policies that address social and economic problems, in addition to policies that improve environmental quality. 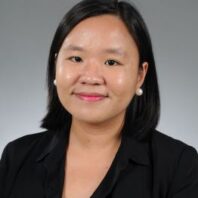 The energy sector is known to be a major contributor of harmful pollutants that include carbon dioxide (CO2), sulfur dioxide (SO2), and nitrogen oxides (NOX). With the global push for sustainable development, and technological advancements in the field, many countries, including the Unites States, have observed a growing interest on “greener” and “sustainable” energy sources such as solar power. To date, existing renewable energy studies have measured the environmental gains from using wind power, and examined the impact of overlapping environmental policies on pollution in the United States. However, only little is published on the environmental benefits of solar energy generation, and their interaction with other existing environmental policies. In this paper, I will fill this knowledge gap and estimate the emissions avoided per MWh of solar power produced, geared towards sustainable power generation. Furthermore, I will calculate how emissions change if solar power generation is implemented with existing cap-and-trade programs. Specifically, I will focus on the independent Texas interconnection, located in one of the leading states in terms of the facilitation of renewable energy resources and green technologies. I will adopt the structural approach used by Novan (2017) to build the theoretical and empirical framework by assuming an equal reduction in fossil generation offset by renewable resources. Findings will show how the simultaneous interaction between cap-and-trade programs and unbounded increase in renewable energy capacity impact emissions.